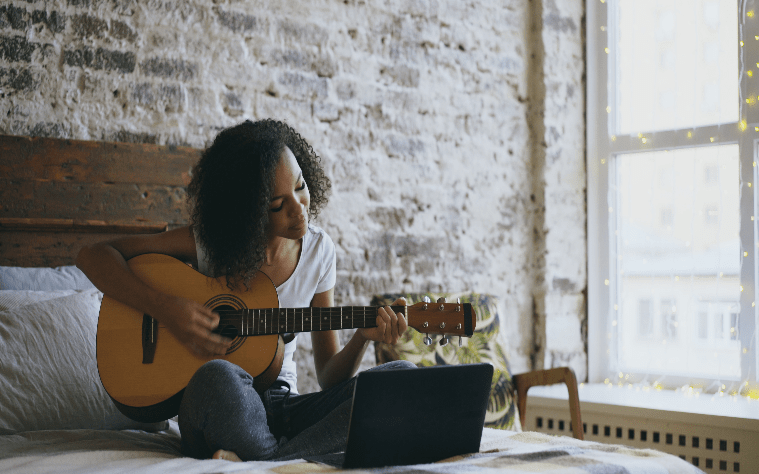 Believe it or not, your brain is always changing and adapting.

Your brain is hard at work each day, constantly synthesizing information and adapting in response to new experiences. This adaptive quality is known as the brain’s plasticity, or ability to strengthen and fine-tune its functions in response to external stimuli.

A healthy baby is born with about 100 billion neurons in the brain. From there, the brain encounters a variety of experiences and stimuli that help create new neural connections and expand synaptic communication. These connections occur in the hippocampus, the structure in the temporal lobe of the brain responsible for consolidating and processing short- and long-term memory.

The brain has three main parts: the cerebrum, cerebellum, and brain stem.

The cerebrum is the largest part of the brain, composed of the cerebral cortex – the right and left hemispheres. It is responsible for higher-level processes like thought and action.

Located under the cerebrum, the cerebellum is responsible for coordinating muscle movements and maintaining posture and balance.

The brain stem, located at the base of the brain, controls the flow of messages between the brain and the rest of the body. It helps carry out basic functions, like breathing, swallowing, and maintaining heart rate.

Located on the surface of the brain, gray matter makes up 40% of the cerebrum. It is the “outer shell” of the brain that takes in information and helps facilitate cognitive processes. It includes the neuronal cell bodies that are involved in muscle control, memory, emotions, speech, decision making, self-control, and sensory perception, such as seeing, hearing, and feeling.

Found in the inner layer of the brain’s cortex, white matter makes up the other 60% of the cerebrum. It contains the myelin, fatty tissue that covers the nerve fibers, and axons, which transmit electrical signals to activate other neurons.

By engaging in healthy lifestyle regimens, both physical and mental, you can actually strengthen both the gray and white matter in your brain. Just as any new skill requires consistent practice, the brain needs its own training to adapt and enhance itself for optimal function.

Did you know that exercise can make you smarter? Add it to the list of reasons to integrate physical activity into your daily routine. Physical exercise increases neurogenesis, or the formation of new brain cells in the hippocampus. This aids your brain’s neuroplasticity and helps minimize brain shrinkage, or brain atrophy, a natural process that affects the brain as it ages. When the brain atrophies, the brain cells lose the ability to properly communicate with one another, leading to dementia and Alzheimer’s disease. According to a study done in the Journal of International Neuropsychological Society, exercise can help increase the thickness of gray matter and reverse cellular degeneration.

Exercise can also improve your brain’s white matter, allowing faster and better connections through divergent areas in the brain. This means that the brain is able to create a clear neural pathway, enclosed by the myelin sheath, to help formulate thought processes and carry out tasks as “second nature.”

Aerobic exercise helps lower your blood pressure by strengthening your heart muscle so that the body can pump blood with less effort, which decreases your chances of suffering a stroke. Aerobic exercise may also increase the thickness of the cerebral cortex, the outer layer of tissue around the brain that plays a role in memory, awareness, thought, and language. This cortical thickness is associated with higher intelligence.

2) Learn something new or pick up a new hobby.

Practicing a new skill can increase the density of your myelin, the white matter in your brain that improves your ability to perform tasks. Demyelination of the brain has been linked to dementia, and when you take the time to learn a new skill, you can slow your brain’s aging process by preventing demyelination. For older adults, learning a new skill or sustaining engagement in new tasks can also improve memory function.

Simply put, learning a new skill is a great creative outlet and a way to train your mind to become more adaptive to new ideas in the future.

3) Socialize with others, even if it’s virtually.

As humans, we thrive on social interaction and human connection. It’s important to continue finding ways to stay connected to other people and engage in social conversation, whether virtually or six feet apart.

Socialization is a formative part of a child’s early years and development. This is the time when the brain’s physical structure is rapidly changing, from learning to speak and understand language to developing fine-motor skills and seeking positive and healthy relationships with other people. As an adult, socialization is one area of primary food. It’s a key form of nourishment that can be derived from meaningful relationships and participation in the community. As a whole, socialization is a natural and healthy outlet that improves your mental attitude and mind-set.

Aside from its mental health benefits, socialization may also correlate to improved cognitive function. A study found that people who engaged in higher levels of social interaction had better intellectual performance in comparison to those who socialized less. The study suggested that social interaction exercises one’s mind and challenges it to interpret verbal and visual cues and respond accordingly.

Studies have also shown that older adults who do not socialize regularly are quicker to experience symptoms of cognitive decline.

4) Challenge your brain with games and mental activities.

Jigsaw puzzles, card games, and chess are all fair game! These activities help stimulate the brain, boost your memory, and sharpen your concentration.

A jigsaw puzzle in particular can test your ability to piece different images together into a larger picture, exercising your brain’s visuospatial cognition. A study determined that this practice can recruit multiple areas of the brain: exercising cognitive speed in putting pieces together, visual scanning in recognizing patterns and colors, and cognitive flexibility in switching your attention between different strategies. As you put together pieces of a puzzle, you are exercising critical problem-solving, strategic thinking, and memory skills to create and solve the full picture.

A study found that strategic thinking games, such as cards or puzzles, can improve cognitive ability and increase the volume of gray matter in the brain. This study determined that middle-aged adults and people at risk for Alzheimer’s disease might benefit from exercising the cognitive reasoning and strategy that is involved in playing games.

5) Find time to meditate and recharge, whatever that means to you.

Meditation is a chance for your brain to recharge, practice extended focus, and declutter. Many people use a meditation practice to alleviate symptoms of anxiety and stress.

Besides its relaxing and more immediate benefits, researchers at the UCLA Department of Neurology have found that meditation can improve your brain’s white matter. They examined the brain imaging of non-meditators and long-term meditators and found that those who meditated had increased structural connectivity (white matter) throughout the central nervous system.

Meditation may actually be changing the structure of your brain for the better! Meditation influences frontal brain rhythms, resulting in an increased secretion of proteins that promote myelination, or white matter.

You are what you think.

Science has shown that the things we think about and experience are key to forming new neural pathways in the brain and improving how our brain functions. Whether it’s regular exercise, game strategizing, or a meditation break, our lifestyle plays a critical role in how our brain processes and retains information.

These changes in the brain can be seen tangibly in our lives. A social outlet can help you learn cognitive reasoning and negotiating skills required in a business deal. Learning to play an instrument can improve your focus and ability to devote sustained effort that can be applied to other areas of your life. All these skills and concepts are interconnected and translatable, manifesting in the way that you not only show up and contribute to your daily routines but enhance and diversify your skill sets.

By adding healthy regimens into your lifestyle and maintaining a brain-healthy diet, you are providing your brain with the nourishment it needs to think critically and function at its best in the long-term. Your lifestyle choices fulfill areas of primary food – or the things that nourish you off the plate – that help you live a holistic, healthy life.

Curious about how you can impact your community in a healthy way? Click here to learn more about our Health Coach Training Program.

PrevPreviousMEN HAVE HORMONES, TOO: THE IMPORTANCE OF TESTOSTERONE IN HEALTH AND WELL-BEING
NextTEN WAYS TO START AN AT-HOME WORKOUT ROUTINE TODAYNext